The reason threedecks exists in the first place.
Post Reply
4 posts • Page 1 of 1

Greetings all, I've been working on an age of sail wargame for the past 3 months, thought I'd share what I have so far:

If you're interested in playtesting, or having a look through (proof-reading and fact-checking always welcome!), just send me an email:
thespidersrepublic@hotmail.com 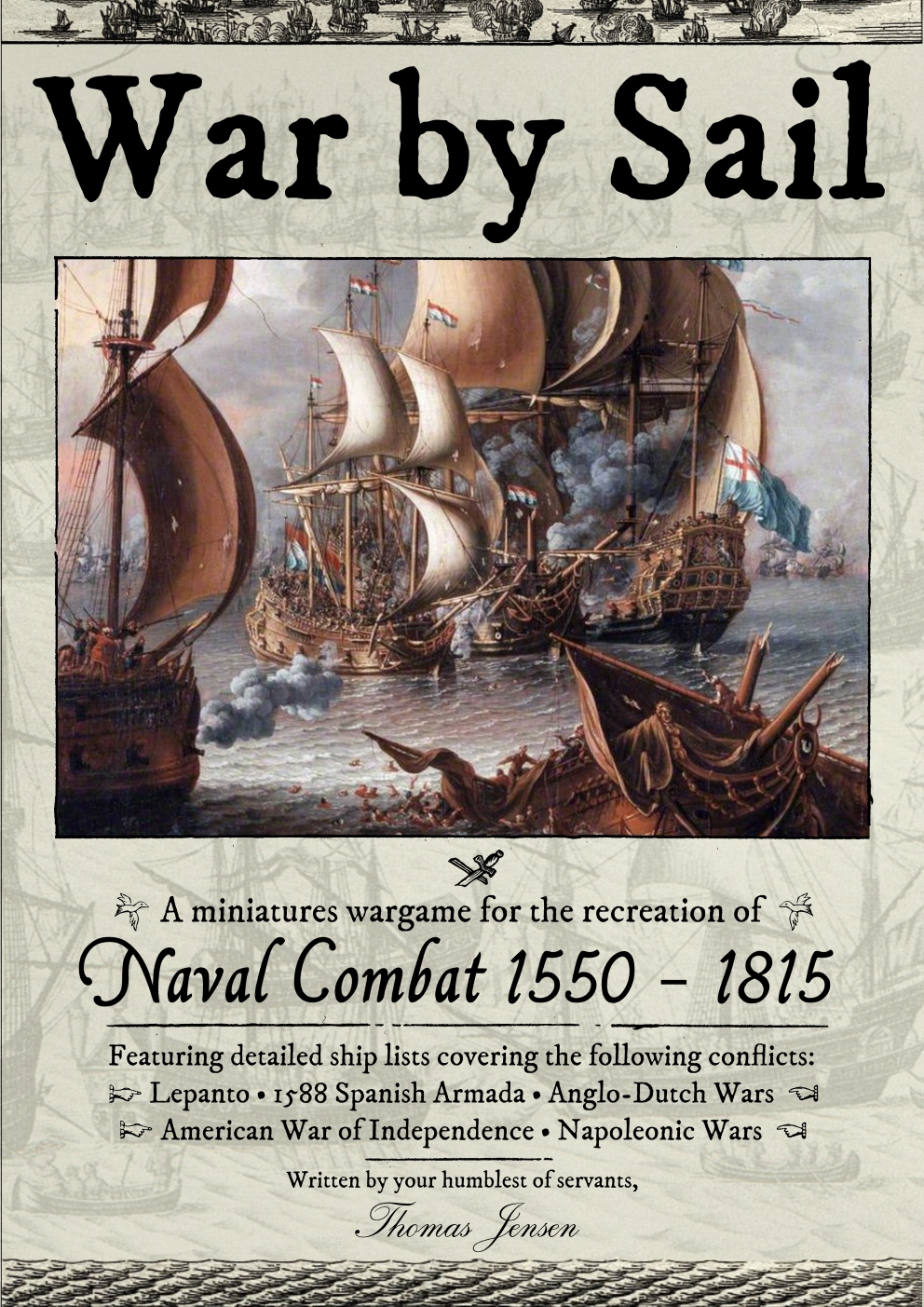 I've covered Lepanto, the Spanish Armada, the first 3 Anglo-Dutch wars, the Scanian War, the 9 Years' War, and the Great Northern War so far.
included are the stats for generic ships as well as large lists of named individual ships. I have only done the points values for the generic ships, as we are still playtesting the balance. Once the balance is deemed solid, I will do the points for all the named ships.

The information on this forum has helped greatly - especially the details on individual ship weapons, so thank you all for your work here.

Obviously I've had to make some educated guesses on some of the armaments and weapon positions, but I'd love to hear any feedback on the system or ship lists.
Last edited by Demi-Saker on Mon Mar 25, 2019 9:42 am, edited 2 times in total.
Tom Jensen - ostfrontpublishing.com
Top

mediafire (the host site for the pdf) is full of bogus links, all of which say DOWNLOAD, and most of which try to install software you REALLY REALLY do not want.

There is a link that downloads the pdf, but unless you are certain you know what you are doing, don't.

I will not remove the link just yet, but will ask Demi-saker to find a better platform.
OK, it was me, probably!
Top

Cheers Cy - I've uploaded it to Dropbox now (and changed the link in the OP), which should be easier to navigate, and automatically previews the PDF for people interested (so you could read it without downloading it)
Tom Jensen - ostfrontpublishing.com
Top